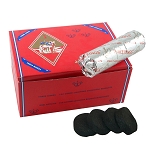 Heavenly Oils is not the dream child of any one person. The glory can only be given to God through the anointing of the Holy Spirit.

Karen Fletcher was considered a faithful Christian who attended church each Sunday with her family. She lived what was considered a good Christian life until February 1998. She would occasionally read her Bible and when she remembered she would pray. She lived a “clean” life not using the Lord’s name in vain and being kind to others. She worked in a clothing bank and ran a daycare out of her home. She even would attend Wednesday services on occasion. In other words, Karen was a religious person. An evangelist came to visit the quiet little Presbyterian Church that she occasionally attended in Black Diamond, Washington. The power of the Holy Spirit fell on her during the services causing her world to be tipped and shaken by the Presence of the Holy Spirit, and still is to this day.

The evangelist stayed for six weeks of services. During the course of time Karen was not able to attend all of the services. Her daughter came home after one of the services and told her they had taught on anointing cloths and oils. She laid a small piece of cloth on the table and ran upstairs.

Karen remembered hearing something to do with anointing people for healing, but what was this? As she looked at the cloth lying on the table a strong voice within her spirit spoke to her, “pick it up”. She did. Again the voice spoke “pray for the anointing to pass to you.” This seemed strange but Karen figured what would it hurt. She placed the cloth between her hands and prayed, “Ok, God, pass the anointing.” The power from the anointing in the cloth ran through Karen’s hands, up her arms and through her body with the power as if touching a live electric wire. Her hands remained hot and tingling for weeks afterwards. Again the voice spoke “learn of my oils and incense and teach my people”. This time she listened with more seriousness.

Karen began to study. As she studied the Lord prompted her to make the oils and Incense. At first she gave many away. After much prayer and confirmation through various sources the beginning of Heavenly Oils came into being.